Kyle Mack landed a triple cork 1440 at the 2018 Winter Olympics. Launching from a 160-ft. tall ramp of snow in the men’s big air competition, he spun his body around a full four times (the 1440), thrice tilted off-axis (the triple “cork”—think of how Earth tilts on its axis while spinning around the sun) and, in a delicate dalliance with gravity, returned peacefully to the ground before coming to a stop, his body as intact as it was when he took flight 2.5 seconds earlier.

Sure, spectators cheered and excitedly waved their miniature U.S. flags when Mack’s board hit the snow with a decisive thud. Judges were satisfied enough to send him on to the final heat, where he would win a silver medal.

But along with him, they sent to the finals five other snowboarders from Mack’s heat, and each one also landed some variation of a triple cork 1440. “It’s progressed so much more that we do triples constantly,” remarked fellow U.S. snowboarder Chris Corning, one of those five triple corkers and who would go on to finish fourth in the same competition. “Every day that we go out and ride, we do a triple cork.”

See All the Winners in the 2018 Excellence in Flexography Awards 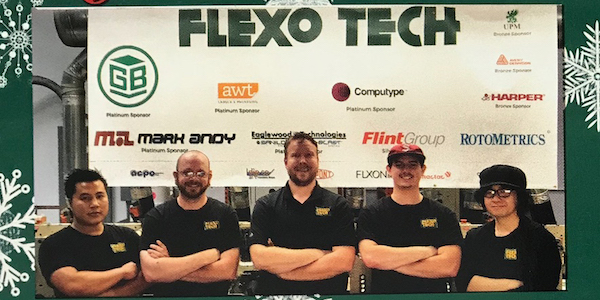 There was a time when a triple cork 1440 was not an “every day that we go out and ride” type of thing, and that time was not too long ago—Torstein Horgmo became the first to land it when he pulled one off in 2010. In the span of eight years, or the length of two Olympics cycles, the trick went from (half-) pipe dream to the stuff of warm-up runs casually posted to Twitter. And as the triple cork 1440 became ubiquitous, it also became less impressive: Two years ago, a snowboarder named Max Parrot won X Games with a run that included the trick; now, it is table stakes just to get past the first round.

The first double cork 900—one fewer spins, one fewer tilts—was landed in 2003. In a fashion similar to its more gyroscopically-tinged sibling, over time that trick, too, went from being mastered by a single boarder to just about all of them. Its prevalence prompted Tom Copsey of Onboard magazine to write, “If there’s one kind of trick that’s emblematic of the state of progressive snowboarding today, it’s the double cork.” But if the double cork was emblematic, that meant it was becoming commonplace; if it was commonplace, that meant it was becoming ordinary, and if it was ordinary, that meant it was no longer extraordinary.

Frequency of Packaging Types in the
2018 Excellence in Flexography Awards

It is probably not a coincidence that the year that statement was written was also 2010, the same year Horgmo, perhaps sensing the bar had been raised and realizing it would take something even more amazing to stand out, first landed the triple cork. And six years after both of those events, www.onboardmag.com—proving snowboarding tricks aren’t the only things that go out of style, the print edition of Onboard had shut down—wrote in 2016 that “now it’s the triple cork that serves as the figurehead trick of snowboarding.”

Today, just two years later, the triple cork also seems to be teetering into “who can’t do it?” territory. And if you’re wondering when the first quadruple cork will be completed, you can go on YouTube and watch it right now—It happened in 2015.

And it’s only natural our expectations rise as the envelope continues to be pushed. Look at snowboarding: What’s so great about a double cork when there’s a quadruple cork? Look at movies: The special effects in the Westworld film from 1973, compared to the special effects in the Westworld TV show whose second season premiered a few weeks ago. Look at smartphones: By pixels, you can fit 14 original iPhone screens onto a single iPhone X display—with room to spare.

Or, you can look to the 2018 Excellence in Flexography Awards. Because after a streak that extended back to 2014 (and further for some specific categories) where, year after year, printers continued to exceed judges’ expectations, and judges responded by doling out more and more awards, something changed. No longer were tight registrations adequate; they had to be tighter. An image couldn’t just be sharp; it had to be sharper than a well-seated doctor blade. Prints which weren’t consistent from repeat to repeat were consistently passed over. Ink coverage that wasn’t complete and even? Judges can’t even. And those entries which nailed everything, but did so on a low-difficulty job—using a 16-ft. tall ramp of snow, instead of the 160-ft. tall version Kyle Mack and other printers opted for—were not as captivating as they once were. “Flexography today is a giant and sophisticated industry which fights hard to increase its share of the packaging business, and which has made truly dramatic improvements in the quality of reproduction,” M.M. Lomont of The Quaker Oats Co once said. “Today, the consumer totally takes for granted the photography on frozen vegetables and fruits, the crispness of snack graphics, the elaborate decoration on beer or beverage carriers, the delicate detail of wall coverings or gift wraps, and the brutality and simplicity of garden fertilizers or cement bags.”

Lomont uttered those words at Forum 1983. Thirty-five years later—when most printers can land a triple cork 1440 and judges are now looking for the ones that can stick the quadruple—what he said next serves as both an accurate assessment of 2018’s award-winning printers, as well as a rallying cry for another three-plus-decades of continual improvement.

“All of these achievements did not just happen!” he continued. “Growth—technical and practical—cannot happen unless we are all pushed, shoved, prodded into action. And we are quite good at this sport. We know how to push and we won’t quit.”