Centered around a single print job—the flexographically printed October 2019 cover of FLEXO Magazine—Fall Conference 2019 began with a pre-production meeting and ended with a post-printing comparison of the job to its offset-printed sibling.

Along the way, the event followed the optimization, fingerprint, characterization, process control and process improvement steps; demonstrated how those steps can be taught to new press operators by way of virtual reality; and explored how industry members can attract young workers who will comprise that next generation.

Phoseon Technology’s Keith Nagle served as program chair of the Oct. 28-30 event, which took place at the Sheraton Charlotte Hotel in Charlotte, NC. “Looking back, I don’t know if there is anything that we would or should have done differently. The content was technical, enlightening and informative,” he said. “Being a part of the print project and chairing the conference was such a pleasure.”

Fall Conference 2019’s eight technical sessions included 17 presentations from a collection of industry experts and educators, many of whom were intimately involved with the magazine cover print job. They included: 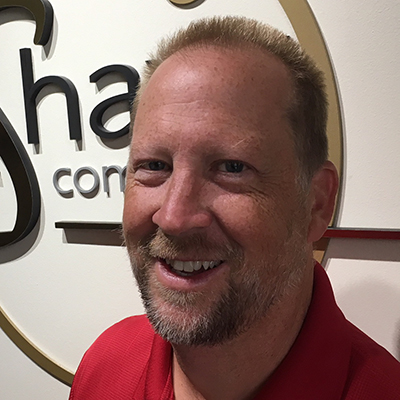 The agenda kicked off with “Defining the Race,” which brought together the print job’s participants to debate its specifications and choose the materials to be used. The panel discussion, in the vein of a pre-production meeting, established three rules: One, to design the cover of FLEXO Magazine with no consideration for the flexo process. Two, to use the exact same separations for both the offset and flexo runs (with the only difference being curves applied in the RIP). And three, to match the proof, the flexo cover and the offset cover to a Characterized Reference Printing Condition—CRPC6.

In “Empowering the Pit Crew,” a virtual reality (VR) press was showcased as a cutting-edge solution to the industry’s workforce development challenges. Congdon spoke to the benefits of using virtual reality for press operator training: the inherently controlled and safe environment it creates, free of hazardous situations that could lead to personal injury or damage to actual machinery; the absence of ink, substrate and other consumables waste; and the unique way in which a trainee can develop a spatial understanding of a press’ components and how various knobs, buttons and other controls affect it. He then walked Teachout through the intricacies of an inline press, as attendees watched a virtual operator tinker with settings, change anilox rollers, pull samples and troubleshoot different scenarios.

A packed day two opened with “Optimizing the Tools for the Race.” Grome began by explaining the need to optimize plate selection in the first place, before reviewing the plate-specific choices made for the print project. He pointed to the number of materials, manufacturers, exposures, screenings and tapes—on top of a printer’s own unique challenges and preferences—as a reason to drive out variance by optimizing. Teufler discussed ink used in the project and shared concerns unique to the job, as well as the importance of ink film thickness and how it was controlled on press. “Don’t wait at the end of the press and expect good results, unless the work is done here!” he said while walking through a range of best practices for ink, anilox and doctor blade integrity. “Once you get everything done in the press and you’re running, really you don’t run into these issues.” Michaud urged a shift in mindset to think about optimization as an experiment. She then walked through an examination of tape and impression settings that were considered, and the resulting solid ink density. In closing, she reiterated: “Optimize for your process.”

The aptly-titled “Rounding the Curves” started with Haynes’ deep dive into the project’s fingerprint run, including an explanation of the differences between Murray-Davies and Spot Color Tone Value (SCTV), the actual differences in Delta E and TVI values the project team measured, and the curves they applied. Congdon and Teachout then started the VR press and set up the virtual machine for a fingerprint run, adjusting impression and seeing in real time the changes in those same Delta E and TVI measurements. “Do everything ahead of time—optimization, fingerprint, characterization—get all of your data together, and if we do it the right way… We take a little extra time in the beginning and we’ll go a lot faster in the end,” Grome explained as he returned to the stage. With that, he walked through what to do with the data generated during the fingerprint run and how the print project in particular made use of some—but not all—available information.

Samworth began the back half of sessions with an hour-long presentation in “Taking a Process Control Lap.” Zeroing in on the print project’s third rule—matching the proof, flexo cover and offset cover to CRPC6—he explored what the CRPCs are, optical brightening agents (OBAs), variations in the paper substrate used for FLEXO Magazine’s cover and subsequent substrate correction, screening used for the flexo job’s fade to zero, and how captured data was used for verification. He was followed by Congdon and Teachout, who once again transformed the stage into a VR pressroom, this time to perform the characterization run. As Congdon narrated, Teachout reviewed TVI and Delta E measurements on the 2 percent halftone and solids, then adjusted impression and changed anilox to bring the values in line.

In “Finding and Training Tomorrow’s Workforce,” presenters tackled head-on the growing problem of attracting and educating the next generation of press operators. FTA President Mark Cisternino and Director of Education Joe Tuccitto revealed the findings of a year-long study of the industry’s workforce recruitment problems, examining what companies and even FTA can do. Oetjen shone a spotlight on on-the-job training (OJT) and what good training looks like. He then spoke about his school’s 12-week training program and how it prepares completely new-to-flexography students for a career. Blackburn brought a panel of young industry members on stage to share their journeys to and through flexography, adding their insights and offering their suggestions.

“Did they match?” was the driving question behind “Tuning-Up the Process.” Uress reviewed measurement data taken from the print job’s fingerprint, characterization and production runs. He highlighted solids and midtones that came out of spec, following the adjustments, troubleshooting steps and ultimate solutions to each. Then, using a variety of charts, he built visual interpretations of the variance in Delta E, density and chroma. “The goal of getting flexo to match offset is well within reach,” he said. Michaud focused on the real-world considerations needed to achieve optimal results, consistently and while being productive.

It was time to celebrate, debate and pontificate in “The Winners Circle.” Congdon and Teachout, for the final time, started up the VR press and ran the final print job, making adjustments as needed and pulling samples. Samworth closed the event with a comparison of the flexo- and offset-printed covers to each other and the CRPC6 standard at which both were aimed. He spoke to the issues the project team encountered and evaluated changes that could be made on a hypothetical second running of the cover. At the Tabletop Exhibit, Fall Conference 2019 attendees had the chance to get up close with modern technologies shaping the package printing and converting industry, among them those used in the printing of the FLEXO Magazine cover project. Sixty-one companies brought their products, services and solutions to Charlotte to provide demonstrations, discuss customized workflows and integration, and network with eager-to-learn printers. “Fall Conference once again was a sellout, with 60 of the most influential package printing suppliers, distributors and prepress providers in attendance,” remarked Jay Kaible, FTA’s director of membership and business development. “The combination of a dynamic conference program coupled with the networking opportunities that the Tabletop Exhibition provides, only exemplifies the strong relationship that printers and converters need in order to keep the industry moving forward.

Thanks to Fall Conference 2019 Sponsors